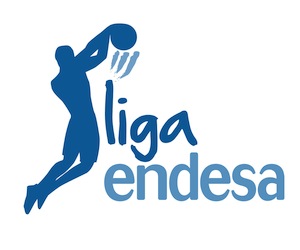 The ACB has a new name and look for the 2011-2012 season, where a few NBA stars could play due to the NBA lockout. Group Endesa was introduce as one of the biggest sponsors for the league, contracting 30.5million euros for 6 years. The logo above is new official look for the ACB.

Endesa is a Spanish company Enel part of the group that is active in all aspects of the electricity business (generation, transmission, distribution and sale) and also in the gas.

In Spain, the main electricity company and the second operator in the gas sector, the largest private electricity company in Latin America and is present in several European countries (Portugal, Ireland) and in Morocco. Endesa has 40,000 MW of installed capacity, generating 130,000 GWh per year and has a total of 25 million customers and 24,700 employees around the world.

In addition, a company strongly committed to sustainable development. For Endesa, sustainability means to grow responsibly, that is, create wealth, conserving natural resources so they can be enjoyed in the future to promote social progress of the communities in which it operates.