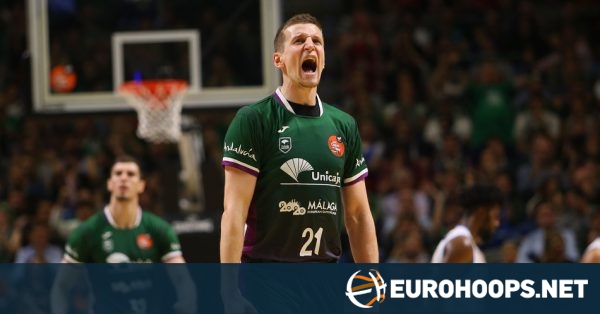 The forward, who has a lot of experience in the Spanish Liga Endesa, arrives after Santi Yusta’s injury and will land in the Aragonese capital soon to join the squad and report to coach Jaume Ponsarnau.

Waczynski spent the past five years playing for Unicaja Malaga and won the 2017 EuroCup with the team. He averaged eight points, two rebounds, and 1.2 assists last season over 53 games with 19 minutes of playing time.

The post Adam Waczynski signs with Zaragoza appeared first on .

The Unicaja Foundation leaves Unicaja Malaga without half …

Breogán is now officially a team of the Endesa League