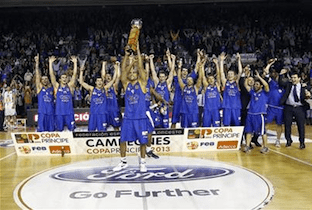 Cáceres P. Humanidad begins to glimpse the next theme …

Estrella Galicia will sponsor Basketball Coruña during the …

Aitor Uriondo: "Excited and eager to do …