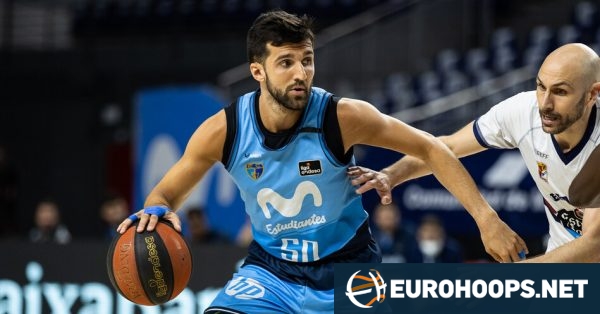 A few days after announcing their deal with head coach Luis Casimiro, Real Betis has proceeded to the addition of guard Aleksandar Cvetkovic, the club announced Monday, confirming ’ prior reports.

The club also announced the addition of the 39 years old big man Eulis Baez (2,01) who has already 12 seasons in the Spanish Liga Endesa under his belt.

Cvetkovic, 28, has extensive experience in the Spanish Liga Endesa and will return to the competition after passing through Mexico’s Plateros de Fresnillo. The Serbian guard has played for Manresa, Breogán, and Movistar Estudiantes in the past and he has averaged 6.8 points, 1.4 rebounds and 2.1 assists across 127 games played in Spain.

Betis recently parted ways with Joan Plaza and shortly after announced the addition of Casimiro, who returns to Spain after a short stint with Promitheas in the Greek League and 7DAYS EuroCup.