Anzejs Pasecniks signs with Real Betis for the remainder of … 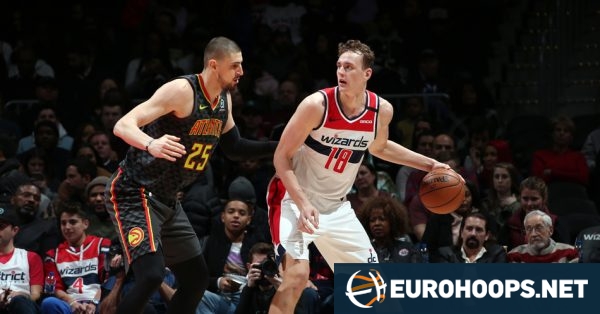 After a two-year stint with the Washington Wizards, Anzejs Pasecniks is back in Europe and has signed a deal with Spanish side Real Betis for the remainder of the season.

Pasecniks, 25, spent the offseason in the NBA Summer League in Las Vegas with the New Orleans Pelicans, after becoming a free agent. The Latvian big man posted averages of 5.8 points and 3.9 rebounds in 28 games with the Wizards in his first NBA campaign (2019-20), though only played one game in the past season.

He returns to Spain for the first time since 2019, when he played for Gran Canaria. Pasecniks was selected with the 25th overall pick in the 2017 NBA draft by the Orlando Magic and got immediately traded to the Philadelphia 76ers.

The Sixers then renounced his draft rights in July 2019, when he was able to sign with the Wizards. Pasecniks was then assigned to G League’s Capital City Go-Go, before returning to the Wizards on a two-way contract in December 2019.

The post Anzejs Pasecniks signs with Real Betis for the remainder of the season appeared first on .

Paco Olmos: “This Breogán is hungry”