Astou Ndour, “excited” about the double challenge that awaits …

The Women’s Selection continues working in Valencia. The group of players led by the National Coach Lucas Mondelo will soon join Astou Ndour. A few days after her arrival, the pivot was “very excited” about the special summer that the team faces with the dispute of the Women’s EuroBasket and the Tokyo Olympic Games.

“The experience is going to be precious. And even more so by celebrating the EuroBasket at home (in Valencia)! ”, He explains. “I hope we can be very competitive. Winning will be something that happens after competing and struggling; that’s the DNA of this team“, Continues the MVP of the previous EuroBasket, that of 2019:”On a personal level, the MVP was something very nice, but what is really important is what we achieve as a team. That’s the real goal”.

“In the Selection you share many beautiful things. What we experienced in 2018 with the Tenerife World Cup was something unforgettable and precious. Hopefully this year we will have a similar experience!“, Exclaims Ndour, who hopes to adapt quickly to the rhythm of the team once he joins the National Team:”Knowing each other and, above all, knowing the group’s way of working helps a lot. That, added to everyone’s desire and effort, always makes adaptation quick.”.

Astou is currently playing the 25th season of the WNBA in the ranks of the Chicago Sky. “It has helped a lot to have already played there and to know both the franchise and the coach. It is a place where I feel very comfortable and with the new signings I think we can opt for very ambitious levels”, Analyzes his return to the franchise in a season in which he is signing a remarkable 13.3 points, 7.8 rebounds and 1.3 blocks on average in the first four games. 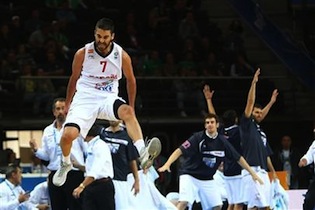 Jorge Garbajosa: "The team has competed to the limit of s …

The open doors of the National Teams