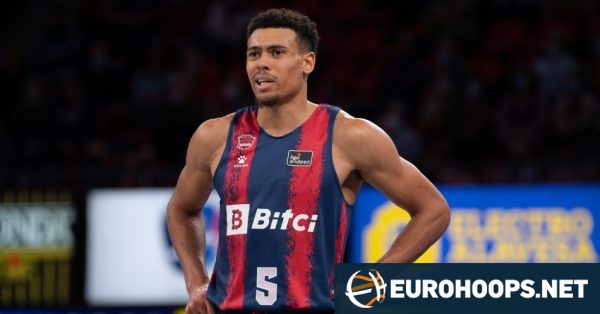 Wade Baldwin scored 12 out of his game-high 19 points in the decisive final quarter while grabbing six rebounds as Baskonia defeated Valencia 76 – 59 to advance to the Spanish ACB League semifinals with two wins on the road over the Taronja.

Baskonia was overall vastly superior in the fourth period, holding Valencia to just five points and dropping 23 in response. The hosts had a 20 – 9 start and were up 37 – 31 a bit before halftime when they lost guard Martin Hermannsson to injury. Their opponents caught up 37 – 36 at the break and made a superb finish to close the series successfully.

The post Baldwin pushes Baskonia to semifinals appeared first on .

The schoolboy Ángel Delgado, the first player in 10 years to …