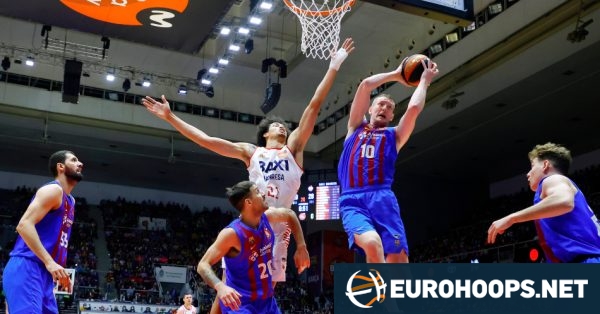 BAXI Manresa put up a fight early on but Barca turned up the pressure and decided the outcome by the end of the third quarter, eventually getting a big 107-70 win in the Spanish Cup.

Coach Sarunas Jasikevicius used all 12 of his players this game with just Nigel Hayes and Rokas Jokubaitis playing slightly over 20 minutes. All 12 also logged points on the stat sheet.

Brandon Davies and Nikola Mirotic were the top scorers with 14 points each while Dante Exum scored 11, as did Jokubaitis and Alex Abrines. Nicolas Laprovittola completed the double-digit scorers for the victors with 13 points.

With this win, Barca advanced to the semifinals where they will UCAM Murcia which got a close 86-83 win over Valencia earlier in the day.

The other semifinal matchup will feature Real Madrid and Lenovo Tenerife who got past Rio Breogan and Joventut Badalona.

Williams-Goss, low at Real Madrid after testing positive for…