Barca continues the perfect streak in Spain with win over Fu… 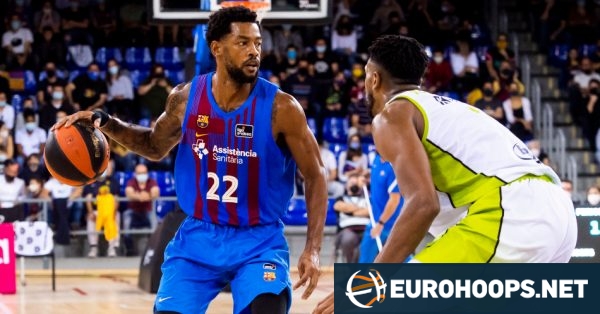 Although their winning streak in EuroLeague came to an end with the loss to Maccabi Tel Aviv, Barcelona’s presence in the Spaniah League continued strong. They improved to 8-0 with a 79-69 home win over Fuenlabrada (2-6).

On the opposing side, Kyle Alexander scored 13 in addition to Kwan Cheatham’s 12 and Jovan Novak’s 11 points. Alexander also grabbed ten rebounds for a double-double.

While Barca finished the game on a convincing note and led by s much as 19 points in the fourth quarter (71-52), the duel was rather even beforehand. Fuenlabrada had a 34-28 lead in the second quarter and the score was tied at halftime (34-34). Barca’s 10-0 run in the final period decided the outcome.

Coach Sarunas Jasikevicius also found space to give a chance to the 2003-born Michael Caicedo who used the opportunity to bank in a cheeky basket with style.

The post Barca continues the perfect streak in Spain with win over Fuenlabrada appeared first on .