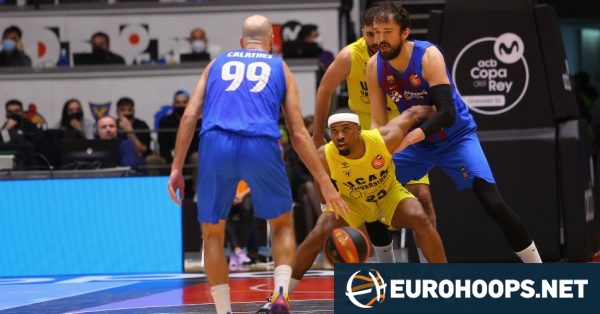 In a high-scoring affair, Barca managed to break the resistance of feisty UCAM Murcia and advance to the Spanish Cup Final with a 103-90 win.

Murcia bounced back from an early deficit and stayed close, making it a tie in the fourth quarter at 78, however, Barca sped up the pace and with an 18-2 run decided the outcome.

Nick Calathes also had a big part in the win with 12 points, eight assists, and five rebounds. On the losing side, Isaiah Taylor scored 19 followed by Thad McFadden with 18 points.

Earlier, Real Madrid got the job done against Lenovo Tenerife with 94-74, winning all four quarters and not allowing any comeback chances to the opponent.

Walter Tavares scored 15 points for the victors while the French duo of Thomas Heurtel and Vincent Poirier added 12 points each, as did Jeffery Taylor. Heurtel also dished out seven assists.

For Tenerife, Giorgi Shermadini scored 14 in addition to Marcelinho Huertas and Dejan Todorovic’s 12 points each.

The post Barca overcomes Murcia and sets up the Spanish Cup Final vs Real Madrid appeared first on .

Sparks fly! The heated exchange of words between Pablo …