Barca pays tribute to Pau Gasol in win over Zaragoza 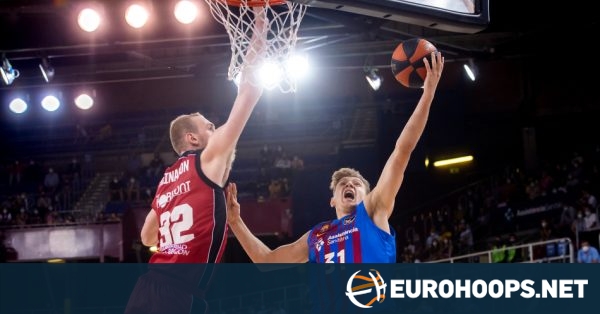 Casademont Zaragoza tried to hold on and makes thing hard for Barcelona but the powerhouse turned it up a notch in the final period, sealing a 76-63 win.

Nigel Hayes and Nicolas Laprovittola scored 11 points each for the winning team while Pierre Oriola scored ten. For Zaragoza, Stan Okoye had 14 points next to his name with Jamel McLean adding 12 and Dino Radoncic ten points.

It should be noted that Sertac Sanli had an injury scare during the game but managed to return to the floor after an intervention. It remains to be seen however if there will be some consequences.

Earlier in the day, Pau Gasol announced his retirement and Barca made sure to initiate a standing ovation during the game. To be exact in the 16th minute, coinciding with Pau’s jersey number.

The post Barca pays tribute to Pau Gasol in win over Zaragoza appeared first on .