Barcelona Director Cubells calls for measures “to prevent in… 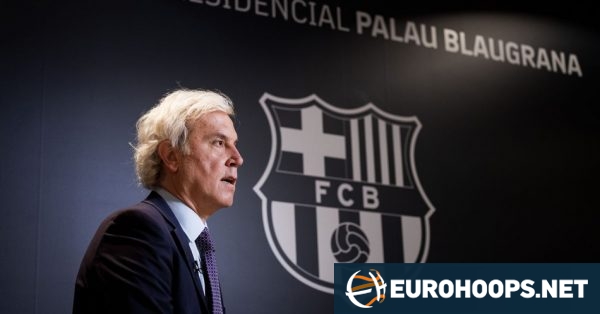 Barcelona Director Josep Cubells commented on Guerschon Yabusele’s approach to the head referee of Game 2 of the ACB finals,  Emilio Perez Pizarro, speaking of “intimidation of the officials”.

“We noticed that there were moments of great tension, which later translated into certain actions that we saw as intimidation towards the referees,” Cubells said in a video released by Barcelona Thursday. “To our surprise, this has not been transcribed in the arbitration record. The referees are fundamental in the development of the matches, we are sure that all the necessary measures will be put in place so that these intimidations do not happen again in the next matches of the final”.

Prior to the final buzzer, Cory Higgins drove to the basket and missed a layup against Tavares, but drew a foul and hit the game-winning free throws. The officials’ decision was contentious, since the footage shows Tavares’ hand making only minor contact with Higgins’ fingers.

This caused a reaction by Real’s Yabusele, who confronted official Perez Pizarro a few moments after the game was over and Barcelona tied the series 1-1.

The post Barcelona Director Cubells calls for measures “to prevent intimidation towards referees” appeared first on .

Sanli tests positive for covid-19 and will miss three games…

Obradoiro comes back against Acunsa GBC and takes air for the …