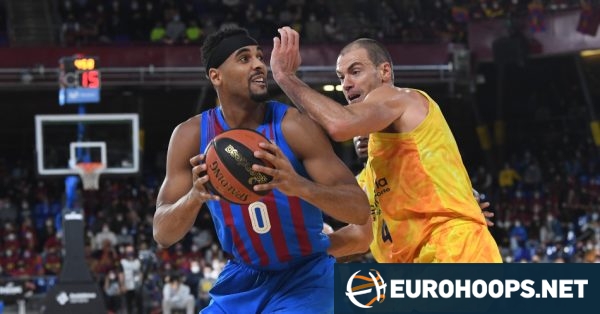 Barcelona scored 61 points in the first half to take Gran Canaria by storm and prevail over with a 98-80 victory at the Palau Blaugrana, extending its winning streak to four games in Spain.

Barca moves up to a 19-4 record and separates from Real for the top of the standings after the latter faced their fifth consecutive defeat at home to Manresa.

Alex Abrines powered the hosts with 20 points on 5-for-6 from the three-point line. Nikola Mirotic and Nigel Hayes both scored 15 points, while Rokas Jokubaitis scored 10 points along with 7 assists and Brandon Davies also picked up 10 points.

GranCa covered part of the deficit in the third quarter though that wasn’t enough to turn the tables of the game and they suffered their second consecutive defeat to drop to an 11-12 record.

Shurna gives wings to a Gran Canaria that keeps launching

A colossal Shermadini opts for the derby for Lenovo Teneri … 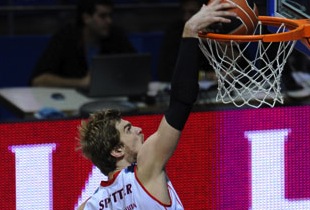