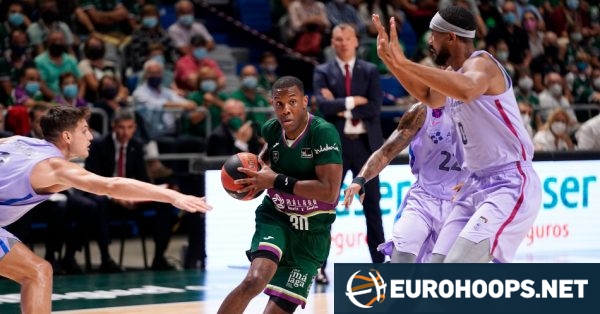 Barcelona remains undefeated in the Spanish Liga Endesa after also beating Unicaja Malaga 73-75 on the road in Round 6. It was a very special evening for the hosts, as they officially retired Unicaja legend Carlos Cabezas’ number.

On to the game, Kyle Kuric fired 18 points along with 5 rebounds for Barcelona, while Brandon Davies added 12 points and Cory Higgins posted 11.

Michael Eric paced the hosts with 15 points and 7 rebounds, while Axel Bouteille and Norris Cole both tapped 11 points.

Earlier in the game, Gran Canaria and AJ Slaughter stunned Real Madrid, putting an end to their streak. Now Barcelona remains alone on top of the standings.

Fuenlabrada will request a replay of their match against…