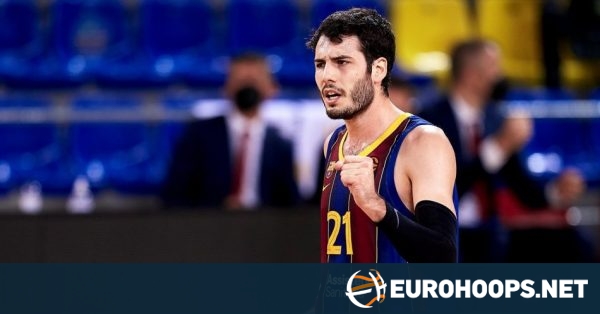 FC Barcelona got over a slow start to beat Hereda San Pablo Burgos at home 84-69 for Round 31 of the Spanish Liga Endesa Sunday.

Alex Abrines scored 15 points along with 3 rebounds to lead the way for Barca, while Rokas Jokubaitis and Brandon Davies each posted 10 points.

Burgos got a one-point lead at halftime (30-29), though the home team quickly recovered to score 30 points in the third quarter and take a double-digit lead en route to their second consecutive victory in the domestic league (24-7).

Marc Garcia posted a game-high with 18 points for the visitors, while Xavi Rabaseda, Cady Lalanne and Maksim Salash all had 8 points. With three rounds remaining in the Liga Endesa regular season, Burgos (9-22) is fighting to avoid relegation.

Barcelona next faces Bayern at home for Game 5 of their Turkish Airlines EuroLeague playoffs series (May 3, 20:00 CET).

Meanwhile, Real Madrid also logged a victory with 99-89 against Joventut Badalona. Adam Hanga was leading the winning side with 20 points while Guerchon Yabusele had 17 and Vincent Poirier 14 points.

For Joventut, Ante Tomic was exemplary with 25 points followed by Pau Ribas with 15. The loss could be harsh on Joventut (20-11) come playoff time since the team has lost the firm grip on the fourth spot which would secure them a home-court advantage.

Hannah keeps Andorra on the playoff train with a …