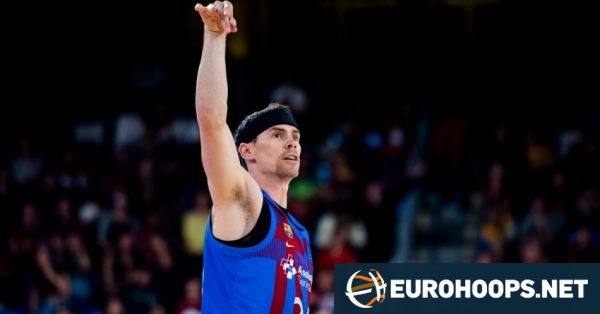 Shermadini, 33, set his season-best at 27 points behind 11/12 makes in the ACB Regular Season Round 30 contest. However, the Basketball Champions League semifinalists fell to 19-11, while the Spanish league leaders improved to 23-7. Brandon Davies recorded eight of his 13 points in the fourth quarter and Kyle Kuric added seven of his ten points in the last ten minutes. Nicolas Laprovittola threw in ten more points.

Tied at 1-1 with FC Bayern Munich in the Turkish Airlines EuroLeague Quarterfinals, the team coached by Sarunas Jasikevicius will travel to Germany for Game 3 and Game 4 of the best-of-five series, Wednesday and Friday, respectively.

After going up to 21-9 at the domestic level, the team coached by Pablo Laso will refocus on Maccabi Playtika Tel Aviv ahead of Game 3 of the best-of-five series scheduled to be held Tuesday. A win would clinch a berth in the EuroLeague Final Four, but losing at Menora Mivtachim Arena would force Game 4 at the same venue Thursday.

Elsewhere in the Spanish league, Bitci Baskonia logged a 107-85 victory versus Baxi Manresa. Wade Baldwin IV had 25 points, nine assists, and five rebounds. Yanni Wetzell generated six points in his European debut. The winning side jumped to 17-13 and pushed the BCL semifinalists to 19-11.

Tavares and his wife explode before the harshness against Real Madrid…

Brizuela: “Ibon Navarro’s ideas are coming to us very …