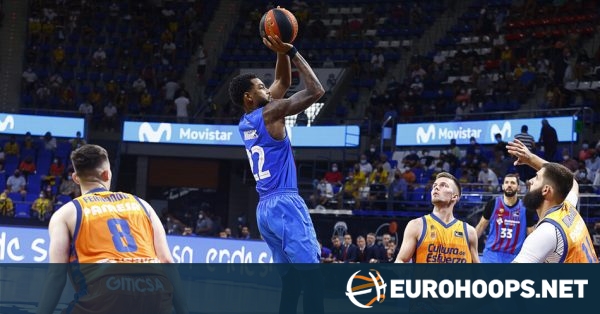 FC Barcelona secured a comfortable victory against Valencia Basket 87-68 to advance to the Spanish Supercopa for the third straight year.

Brandon Davies and Cory Higgins helped Barca impose its rhythm on their opponents right from the first quarter (27-16) and scored 15 and 13 points respectively. Sarunas Jasikevicius’ squad never lost its lead and managed to expand the deficit to 20+ points in the second half en route to the win.

Adding up to the efforts, Rolands Smits and Rokas Jokubaitis had 10 points each, while Nico Laprovittola posted 9 points.

Martin Hermannsson and Josep Puerto both added 11 points for Valencia, which got eliminated from the final for the fourth consecutive year.

Real Madrid is the second team to advance to the Supercopa final, after beating tournament hosts Tenerife 72-70. Real will now have the chance to defend the trophy in the first Clasico of the 2021-22 season.

Newcomer Guerschon Yabusele led the way for Real with 15 points and 8 rebounds, Fabien Causeur had 13 points and 5 rebounds and Nigel Williams-Goss followed with 12 points.

Giorgi Shermadini had a game-high performance with 21 points for Tenerife, Marcelinho Huertas filled the stat-sheet with 13 points, 6 assists and 5 rebounds and Emir Sulejmanovic added  11 points. 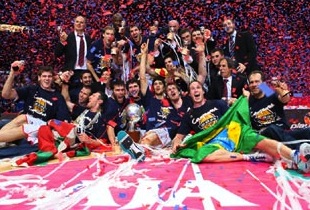 Nikola Mirotic settles the controversy over the salary cut and …