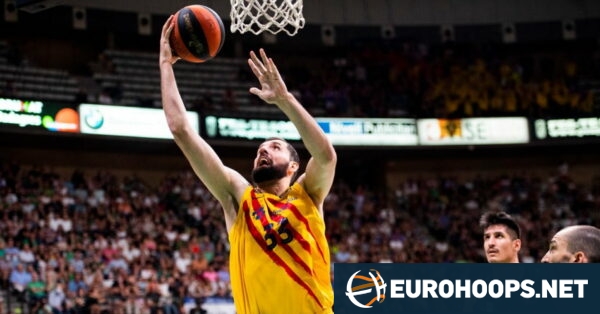 Leading from start to finish FC Barcelona held on down the stretch and beat Joventut, 83-77, to earn a 2-1 lead in the all-Catalonia best-of-five series of the Liga Endesa Semifinals.

Nikola Mirotic generated 18 points, half of them in the last quarter of Wednesday’s Game 3. His tally additionally included seven rebounds and two assists.

After dropping Game 2 last Sunday, the team guided by Sarunas Jasikevicius prevailing in Pavello Olimpic de Badalona recovered the home-court advantage. Barca’s postseason track record against the already features ten triumphs in 13 meetings with the Catalonia rival. Now up 2-1, it is on the verge of adding yet another triumph with the opportunity to close out the series in Game 4 Friday. Game 5, if necessary, will return the series to Palau Blaugrana.

The NBA already has permission to follow Usman Garuba closely

Fotis Katsikaris renews with Unicaja until 2023

The ACB reduces the number of timeouts per game