Barcelona’s firepower no match for Andorra 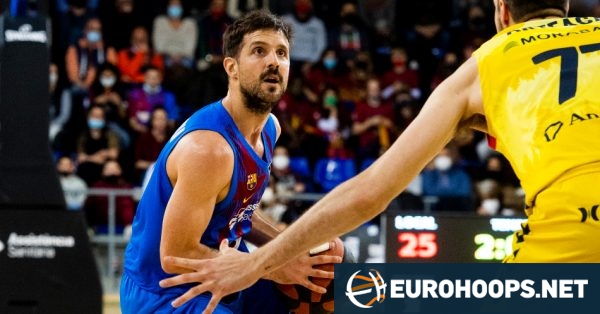 Kyle Kuric had 14 out of his 17 points by halftime as Barca led 52 – 49 after falling behind 28 – 33 in the first quarter. Nicolas Laprovittola (17 points), Brandon Davies (14 points) and Sertac Sanli (12 points) took over and the Blaugrana proceeded to take a 20-point lead early in the fourth period and cruise for the rest of the game.

Barcelona was offensively impressive and managed to be very productive even with leading scorer Nikola Mirotic playing just 10 minutes and scoring seven points. Sarunas Jasikevicius divided playing time and only Nigel Hayes spent more than 20 minutes on the court.

The post Barcelona’s firepower no match for Andorra appeared first on .