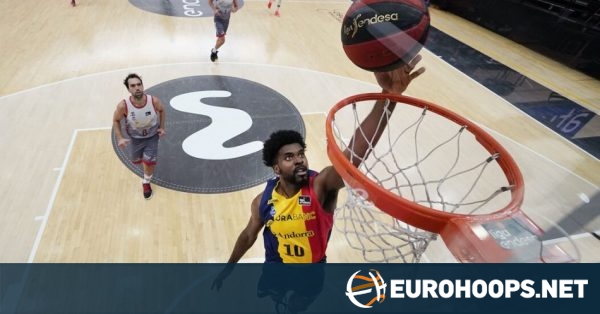 Baskonia announced that the team has added Frank Massenat to the roster for the rest of the season. Massenat played this season in Italy with VL Pesaro, averaging 11.2 points, 2.9 assists, and 2.4 rebounds.

The player, of Haitian nationality, comes to the Vitoria team with an agreement until the end of the season.

Frantz Massenat becomes the new reinforcement of TD Systems Baskonia until the end of this season. The 29-year-old and 1.93-meter-tall North American (New Jersey) is a guard who comes from the Italian LegaBasket where he has averaged 11.2 points, 2.9 assists and 2.4 rebounds per game this season wearing the Victoria Libertas Pesaro shirt.

Trained at Drexler University, Massenat, who has Haitian nationality, has previously played two seasons in the German league and last season he played for Morabanc Andorra, competing in Liga Endesa and Eurocup.

The new incorporation will arrive in Vitoria-Gasteiz in the next few hours to undergo the physical and medical examinations.

Neither Mumbrú nor any Bilbao player have a contract to…