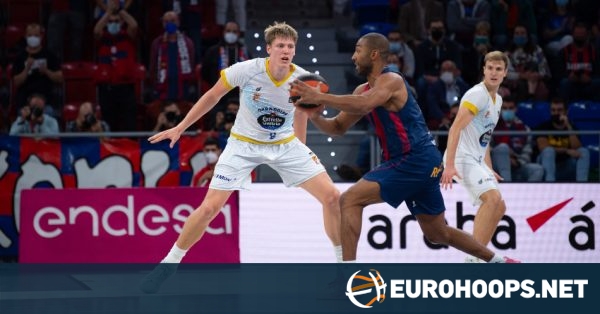 Real Madrid and Barcelona remain the only two undefeated teams in the Spanish Liga Endesa after five rounds, while Baskonia managed to bounce back late on Sunday with a victory against Obradoiro.

Real stunned Valencia with a 93-79 victory on the road, in a game that even reached a 20-point deficit. Pablo Laso saved Thomas Heurtel (11 points, 5 rebounds and 4 assists) and Rudy Fernández (12 points and 3 assists), who did not play a single minute in the first half and they stormed into the second quarter to lead the team to victory.

On the other end of the court, Martin Hermannsson had 20 points and 6 assists for Valencia.

Earlier in the day, Barcelona outlasted Real Betis on the road with a 78-61 win to keep up its winning streak, even without Nikola Mirotic on board. This time it was Rolands Smits who took charge for Sarunas Jasikevicius’ squad and he finished with a double-double of 12 points and 10 rebounds.

In the meantime, young gun Agustin Ubal made his debut with the first team on Sunday.

Baskonia concluded Sunday’s action with a much-needed 91-70 win against Obradoiro, to bounce back after four consecutive defeats both in Spain and EuroLeague. Rokas Giedraitis led the squad with 16 points and 8 rebounds, as Baskonia improved to a 3-2 record.

The post Baskonia bounces back against Obradoiro, Barcelona and Real pick up wins appeared first on .

Dante Exum: Barça sign the son of another former teammate of Mi …

The Casademont Zaragoza knocks down the leader Barcelona in a last…