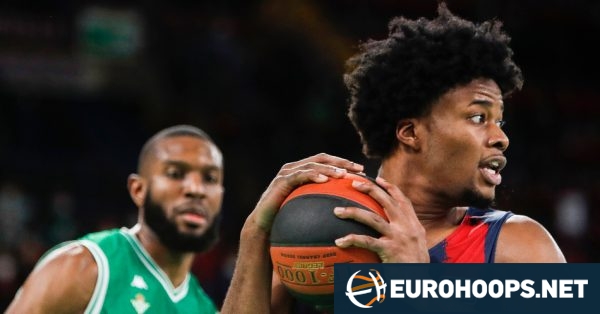 Baskonia blew a 20-point lead in less than five minutes during the fourth quarter against Real Betis before ultimately getting an 87 – 83 away win and improving its winning streak in the Spanish ACB League to 4-0.

Betis was trailing 55 – 75 halfway through the fourth period but fought back by scoring 23 quick points to make it 78 – 79 with 1:47 to play. Wade Baldwin made a key basket for Baskonia and his teammates retained an advantage in their trips to the free-throw line.

Rokas Giedraitis sealed the win for a pair of free throws for the 83 – 87 with two seconds to play.

Earlier on Sunday (19/12), ACB standings leader Real Madrid went up to 13 – 1 by defeating UCAM Murcia 80 – 71 on the road behind 24 points plus seven rebounds by Vincent Poirier, plus the 18 points courtesy of Nigel Williams-Goss.