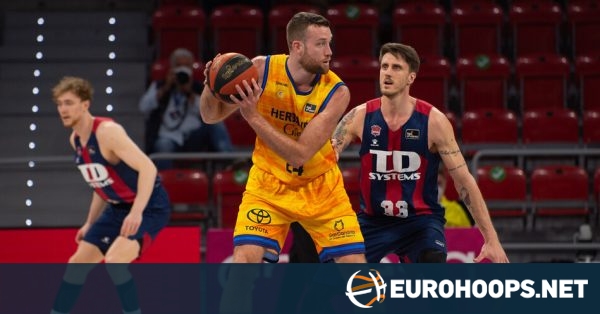 Gran Canaria power forward Matt Costello is expected to sign a deal with Baskonia, according to a report by Donatas Urbonas.

27-year-old Costello has spent the previous two seasons in Spain with Gran Canaria and has posted an average of 12.2 points, 5.8 rebounds and 1.2 assists in the current campaign in the Spanish Liga Endesa.

Costello first landed in Europe with Avellino in the 2018-19 season, after a run with the San Antonio Spurs and Austin Spurs during the 2017-18 season, with which he lifted the G-League title.

He went undrafted in the 2016 NBA draft, and began his pro career with Iowa Energy in the G-League the same year.

Tobias Borg will complete his second stage at Lenovo Tenerife