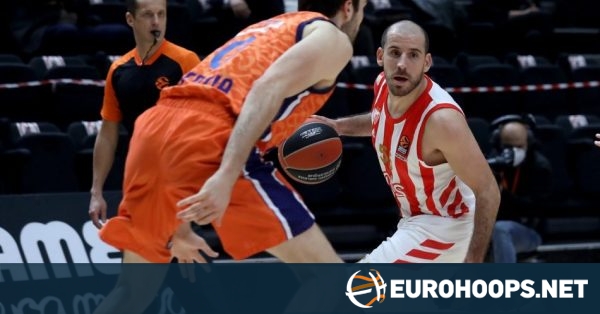 Quino Colom inked a contract for the remainder of the 2020-21 season with TD Systems Baskonia, the team announced Friday shortly following the report tweeted by Chema de Lucas on him moving from Crvena Zvezda mts to the Spanish Turkish Airlines EuroLeague team.

Colom, 32, was reported likely to leave Crvena Zvezda mts and land at the team based in Vitoria-Gasteiz looking for a guard following the departure of Luca Vildoza. The two teams were in advanced talks.

The Serbian outlet is currently focused on the ABA League Playoffs Semifinals series versus Igokea but was willing to part ways with the Spanish-Andorran point guard to accommodate him.

Baskonia will itself be heading to the ACB playoffs following the conclusion of the Regular Season. The team coached by Dusko Ivanovic listed Colom as the main candidate to fill the roster spot left empty by Vildoza joining the New York Knicks.

The experienced point guard has spent most of his career in Spain with stints at Zaragoza, Fuenlabrada, Estudiantes, Bilbao, and Valencia.