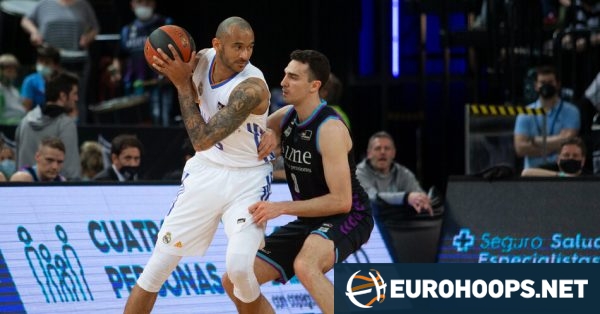 Bilbao had a strong defensive performance to defeat Real Madrid 79 – 67 at home in a game for Round 19 for the Spanish ACB League. While the Basque side snapped a three-game skid to improve to 13-5, the Blancos suffered their third straight loss on a domestic level and dropped to 18 – 9.

Damien Inglis (14 points, six rebounds) and Drew Goudelock (14 points, six boards) led Bilbao in scoring. Their team led made a 15 – 1 run at the beginning of the second half to even go up by 18 points, 60 – 42 before Real scored 13 unanswered points to close the gap at five.

Bilbao cut off the momentum of its opponents and got a new double-digit lead with a 7 – 0 run. With four minutes to play, the hosts had improved their margin to 75 – 61 and that advantaged paced them safely to win.

Sergio Llull delivered 22 points for Real while Fabien Causeur had 13.