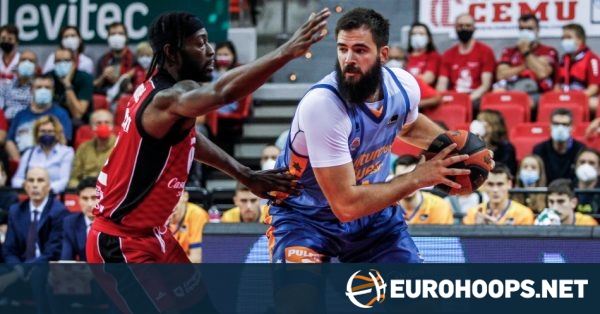 Valencia captain Bojan Dubljevic became the all-time scoring leader of the club in the Spanish ACB League during the 76 – 70 road win over CAI Zaragoza.

Dubljevic needed 10 points to pass Rafa Matinez, his former teammate and predecessor as Valencia captain, who accumulated 3,672 points during his 2008 – 2019 stint with the team in ACB. The 29-year-old Montenegrin big man succeeded Martinez also as the new scoring king of the club with a 3-pointer early in the fourth period while finishing with 19 points overall.

Very few players have bonded with Valencia like Dubljevic who joined the club in 2012 and has played there ever since. He has won two EuroCup titles (2014, 2019) with the team while leading the “Taronja” to their first-ever Spanish League championship in 2017, claiming Finals MVP.

Dubljevic has said numerous times that his goal is to play for Valencia forever and that not even the NBA could take him away from the club.