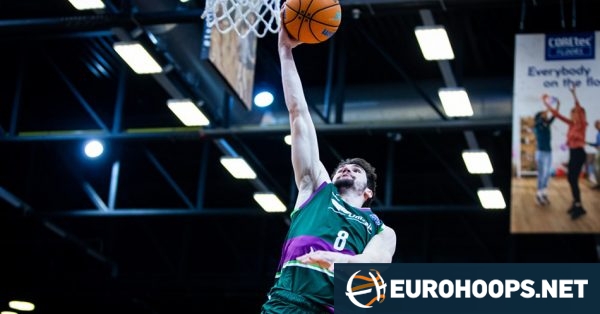 Dario Brizuela scored 22 points including a clutch three-pointer in the final minute to secure a 73-63  victory for Unicaja against FC Barcelona on the road in Round 19 of the Spanish Liga Endesa.

Brizuela was perfect from the three-point line (5/5) to lead the efforts of Unicaja and Jaime Fernandez added 13 points. The visitors grabbed their second win in a row to improve to a 13-15 record in the fight to reach the playoffs.

Nikola Mirotic posted 20 points and six rebounds for Barcelona and Brandon Davies added 10. Sarunas Jasikevicius’ squad has lost its first game after a three-win streak in Spain but remains on top of the standings with a 22-6 record.

Barcelona will seek to bounce back against Zaragoza on the road Saturday (April 16), before hosting FC Bayern Munich for Game 1 of their EuroLeague playoffs series Tuesday (April 19).

Pau Gasol: “I keep thinking about my future, I don’t see myself in or …

A great Breogán denies Manresa being second in the Liga Ende…