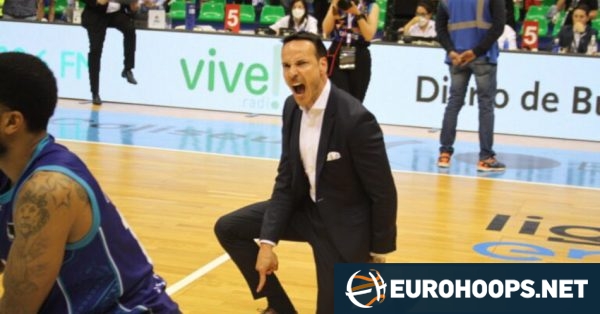 A rough ending to an extremely rocky season for Hereda San Pablo Burgos. Dropping the Liga Endesa Regular Season Round 34 home game opposite Urbas Fuenlabrada meant being relegated from the top-flight division to LEB Oro.

Already a devastating situation for the loyal fans in attendance, team president Felix Sancho kneeled down to apologize to the fans and seemed to order the players to do the same. In the aftermath, reactions shared on social media outlets to players on their knees were not kind to Burgos.

However, veteran guard Alex Renfroe, gives his own account of the events, saying that kneeling is almost customary in Burgos’ celebrations, even if he clarifies that “I can not speak for the president and his actions or intentions”.

The visitors had successfully secured their own spot in the next edition of the ACB and in the process forced Burgos to the second-tier league of Spain. The upward trend since being promoted to the top division of the country in 2017 included a couple of Basketball Champions League titles in 2020 and 2021 complemented by lifting the 2021 FIBA Intercontinental Cup. Respectable showings produced a couple of Playoff berths in the last couple of editions of the Spanish league.

The solid run of recent years abruptly ended with the last-place finish in the 2021-22 ACB Regular Season. Held to a 10-24 W-L tally fell short of staying in the top division for the sixth year in a row. As for the BCL, the latest campaign in FIBA’s top European club competition ended in the newly-introduced Play-In Round at the hands of Turkish club Darussafaka.

MoraBanc Andorra, on the wrong end of a narrow loss to Lenovo Tenerife, was the other team relegated on Saturday.

The post Burgos president and players kneel down after relegation appeared first on .