Player Carolina Arfinengo will not continue at Embutidos Pajariel Bembibre. The Madrid power forward, who joined the team at the beginning of the 2021-2022 season from the Nou Bàsquet Paterna Project Lázarus, has asked to leave the club and he has not prevented her from leaving.

Embutidos Pajariel Bembibre and Carolina Arfinengo have agreed to terminate the contract that united both parties for the 2021-2022 season. After she arrived at Bierzo after a campaign playing in the second category of Spanish women’s basketball with Nou Bàsquet Paterna Proyecto Lázarus, the Madrid player has requested her leave the club in search of minutes and he has not had problems to facilitate her departure.

Arfinengo, a 181-centimeter, 22-year-old power forward, joined the discipline of the team led by Pepe Vázquez after his time with the Valencian team, where he could not finish the 2020-2021 season due to injury. International in training categories in the 3×3 discipline, he trained in sports in Rivas before reaching the United States University League, where he played two seasons with the Monmouth Hawks and later went through the New York Institute of Technology.

With the Madrid club Rivas, he made his debut in what was previously known as Liga Femenina 2 in the 2015-2016 season and had more prominence during the next. In Paterna she played 19 games before the injury, although she offered an interesting performance that helped her make the leap to the Endesa Women’s League. In the highest category, he has participated in three matches of the six that Embutidos Pajariel Bembibre has played to date.

From the club we wish Arfinengo the best in his sporting career for the future. Although she cannot continue to be part of our team in the Endesa Women’s League, we appreciate her efforts during the time she has belonged to it and we hope that the player will have a productive career from now on.

J.1: First day to check forces in Huelva and Gandía 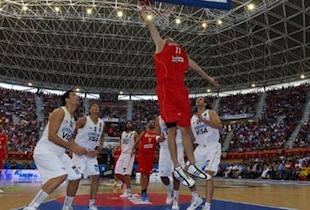