ANDhe Polish international Adam Waczynski (1.99 meters, 32 years old) will reinforce Casademont Zaragoza for the next three months, with an option until the end of the season, to cover the absence due to Santi Yusta’s meniscus injury that will keep him away for about eight weeks of the playing fields.

According to the Aragonese club, the forward will visit the Aragonese capital in the next few hours to join the team and put himself under the command of Jaume Ponsarnau.

Trained in the lower categories of his hometown Wax Torun, Adam Waczynski completed his junior stage in the discipline of Prokom Trefl Sopot, with whom he made his debut in 2007, both in the Polish first division and in the Euroleague.

After two seasons away from the Baltic city, first with Vicotria Górnik Walbrzych and then with PBG Basket Poznan, in 2010 he returned to the club to be a member of the first team for the next four seasons.

In this period he managed to raise the Polish Cup titles in 2012 and 2013, and those of the Super Cup, also consecutively, in the 2012-13 and 2013-14 academic year, completing his journey prior to his landing in Spain at the hands of Rio Natura Monbus.

International with Poland from the lower categories, Waczysnki signed two great seasons in Santiago de Compostela, getting nominations as Player of the Day.

In his first year in the Endesa League he averaged 12.5 points, 1.9 rebounds and 1.7 assists, while in the second his benefits rose to 14.6 points, 2.4 rebounds and 1.3 assists, standing out in both with percentages of success in triple 42 percent.

His good performance in 2016 caught the attention of Unicaja, a club in which he has remained for the last five years, regularly competing in the Copa del Rey, Euroleague and Eurocup, a competition he raised in 2017 after beating Valencia Basket.

Completed his cycle in the lower teams of the Polish team, with which he won two bronze medals in the European B under-18 (2007) and under-20 (2009), the first appearance of the new forward of Casademont Zaragoza with the national team. absolute was in 2011 with the dispute of the classification and the EuroBasket 2011 of Lithuania.

Since then Waczynski has been a fixture in coach Mike Taylor’s calls, also playing the 2013 Europeans in Slovenia, 2015 in France and 2017 in Finland.

His last service with the Polish team after the 2019 World Cup in China, which finished with 13.9 points, 2.6 rebounds and 2.8 assists on average, has been in qualifying for the Eurobasket 2022.

Recently, Waczysnki has been awarded by the Euroleague as the best ambassador of the “One Team” project, thanks to his role and involvement with the Malaga Down Syndrome association. 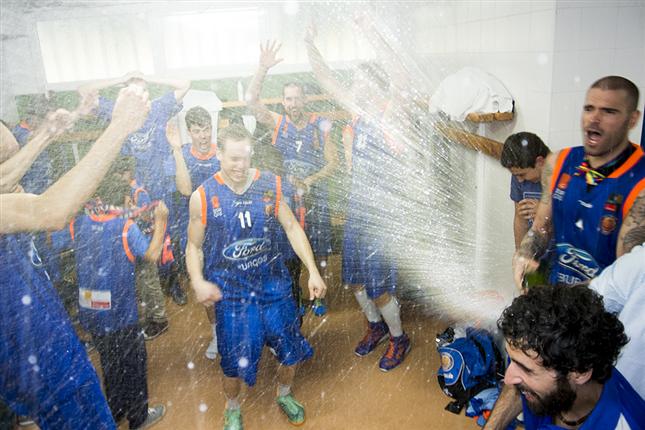 Katsikaris: “The challenge of returning Unicaja to the elite is di …