COMMUNICATION AREA FEB What a way to get back to the

What a way to return to the competition that of a CB Almansa with Afanion who, despite having had to stop for several weeks due to the incidence of Covid-19, has been able to rediscover his game and his style when he returns to the slopes. This has been shown by the men of Ruben Perello in their last two assaults and, especially, on a Sunday afternoon in which they emerged triumphant from Riazor after signing a match without fissures.

Numbers that were well worth the eighth victory of the course and, what is more important, that served to leave the best possible residue for the assault on the second round of competition.

He is usually a regular in those sections that reward the work of the most outstanding players and, on this occasion, Eddy Polanco will stand out as the most valuable man of the day in the absence of his last two games. A player who reached the LEB Gold League in 2019 after his time in the LEB Silver League and who has accumulated two individual awards this year as one of the most solid outsiders in the League.

He did not get the dream result since the victory escaped for his team throughout the second half, but one more week, the point guard Lluis Costa (Coviran Granada) He once again demonstrated the reasons why he has become one of the most coveted point guards in the category. A player who returned to serve as the base of an ideal quintet of a day in which he was flanked on the perimeter by two men with more fortune than the Catalan. On the one hand, a Eddy Polanco (CB Almansa with Afanion) that shone with its own light in Riazor to certify a triumph that, for Edwin Jackson (Movistar Students), He arrived in a complicated exit to Pumarín.

Already in interior positions both the power forward I said Dukan (Cáceres P. Humanity) like the center Rolandas Jakstas (HLA Alicante) They were able to add under the hoops for the respective victories away from Extremadura and Alicante. 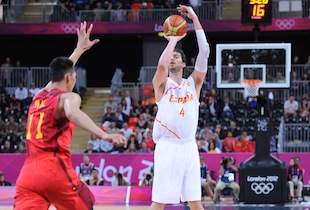