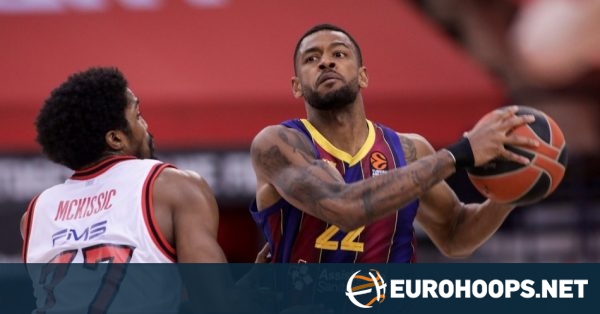 Barcelona guard Cory Higgins will remain sidelined for his team’s Sunday game against Valencia in the Spanish Liga Endesa due to discomfort in his left foot, the club announced.

The club will monitor the evolution of said discomfort to determine his availability for the team’s upcoming games.

So far in the 2020-21 season, Higgins averages 12.5 points, 2.6 assists and 2.3 rebounds in 30 EuroLeague games, while Barcelona has already qualified for the upcoming playoffs.

The club takes over ALBA Berlin next week and looks to extend its winning streak to five games.

The post Cory Higgins sidelined due to discomfort in left foot appeared first on .