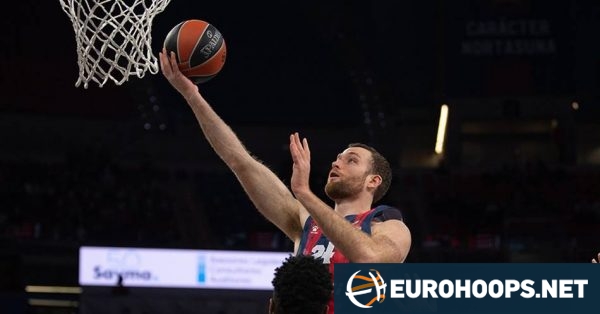 A dunk by Matt Costello with 54 seconds to play that handed Baskonia an 80 – 79 road win over Valencia in the first game of the 2022 Spanish ACB League playoffs. The Vitoria side can finish the job at home Saturday (24/6) while their opponents are entering elimination scenarios.

This was Costello’s first basket in the fourth period. The American big man finished with 15 points plus nine rebounds while Wade Baldwin and Simone Fontecchio had 15 points apiece as well.

Xabi Lopez-Arostegui (17 points), Nenand Dimitrijevic (15 points, six assists) and Mike Tobey (12 points – all of them in the second) scored in double figures for Valencia. Their team came back from a 10-point deficit in the third period to go up 79 – 75 with 2:37 but remained scoreless in the remainder of the match and Baskonia took advantage of it.

Baldwin drained a triple and then Costello made the go-ahead slam that ultimately put Baskonia up 1-0 in the quarterfinal series.

The post Costello dunks Baskonia to win over Valencia appeared first on .

Joventut submits Urbas Fuenlabrada to a three-pointer and…

Madrid would have made a three-year offer to Adam Hanga