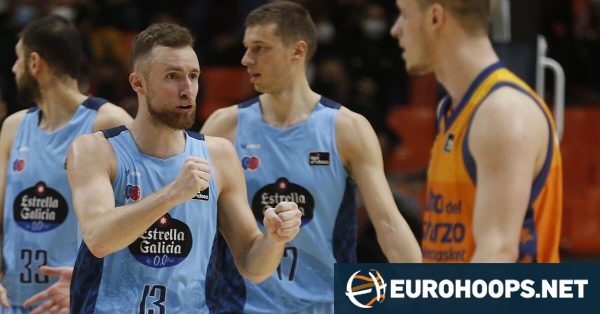 Dzanan Musa delivered one of the best performances in his career to lead Breogan to an impressive result in the Spanish ACB League.

Musa recorded season-highs 33 points and 10 rebounds along with four assists as Breogan beat powerhouse Valencia 98 – 97 on the road. He shot 6-8 2-pointers, 4-7 triples and 9-9 free throws to tie his fourth-highest scoring output ever.

Musa also made the free throws for the 98 – 82 in the very last seconds to “lock” the victory of his team. Valencia had accomplished an epic comeback from down 28 early in the fourth period by scoring 47 (!) points in the quarter. It’s a new all-time record in the Spanish League.

Klemen Prepelic had 24 points plus six rebounds for Valencia and Martin Hermannsson scored 19. They had 15 points apiece during that crazy fourth period.

The post Dzanan Musa scores 33 in Breogan’s triumph over Valencia appeared first on .

Jaime Fernández: “Changes always come in handy, they bring us …