Eight Spanish teams, on the starting grid of the comp … 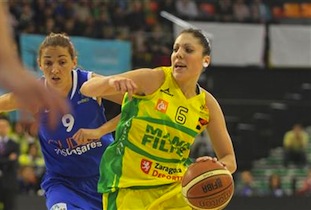 Laura García returns to Madrid to the ranks of CB Leganés

J.10: MVP Rebekah Gardner bursts into the Clási in a big way …