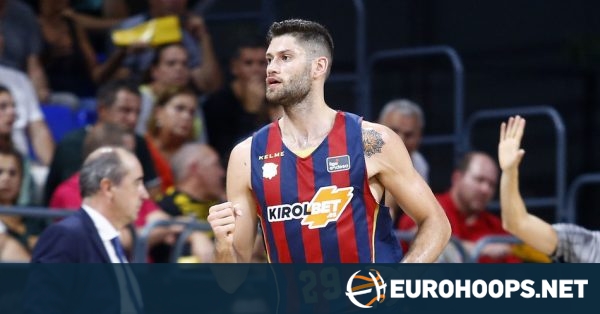 Former NBA and Turkish Airlines EuroLeague player, Patricio Garino is a target of Basquet Girona, according to sources.

Marc Gasol’s team has already announced well-experienced tactician Aito Garcia Reneses as the new head coach heading to the debut season in Spain’s Liga Endesa. Moreover, the team owner himself is expected to extend his playing career to a second straight season at the club he founded in 2014.

Garino, 29, emerges as part of the plan to create a really competitive roster in the top-tier division of Spain. Coming out of George Washington in 2016, he appeared in five NBA games as an undrafted rookie getting the opportunity by the Orlando Magic. From there, he made his way to 55 EuroLeague games split between Baskonia and Zalgiris. And after four years in Europe’s premier continental club competition, he spent the first half of the 2021-22 season at Nanterre 92.

Battling injuries has been the main theme through large chunks of his career but the Argentine swingman is determined to prove his value and can get the chance at Girona.

Gasol, 37, was among the leading players powering his team to earn the promotion to ACB. In 2021-22, he averaged 14.5 points, 8.2 rebounds, 2.6 assists, 1.1 steals, and 0.7 blocks per game in LEB Oro. He was coming off 13 seasons in the NBA with a total of 990 games played between the Memphis Grizzlies, Toronto Raptors, and Los Angeles Lakers, a run highlighted by the 2019 NBA championship.

The Obradoiro is delivered to an offensive festival to win the…

Jaime Fernández: “I have the feeling that I will not continue in Má…