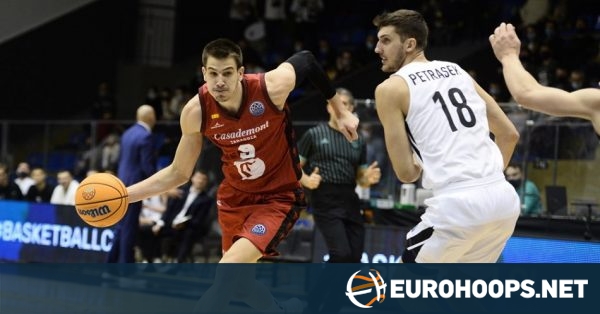 Herbalife Gran Canaria planning for the 2021-22 season includes the potential return of Nicolas Brussino, as reported by Chema de Lucas.

Brussino, 28, finished the 2017-18 season at Gran Canaria before moving to Tenerife for one season and to Zaragoza for the previous two campaigns.

The Argentine forward helped Casademont Zaragoza rank third in the latest edition of the Basketball Champions League with 10.3 points, 4.6 rebounds, and 4.2 assists per contest. He also scored 11.0 points per ACB match.