In the men’s category, their groups have been led by Real Madrid, Barça, Joventut and the not-so-surprising Bto Torrelodones. In women, Spar Gran Canaria, Perfumerías Avenida, Maresme Mataró and Barça CBS start in the front line.

THE NOTES OF THE MALE JUNIOR

1. Real Madrid step on the accelerator. If the tournament started with less forcefulness than usual, it has closed the first phase beating Catalana Occidente Manresa, who arrived undefeated at the appointment. Again the rebounding power and a defense that causes many losses to his rival were the keys to victory. Eli Ndiaye (17 points and 5 rebounds was the best of the game)

2. The Joventut also happens like first of group. The favorites are watched from a distance and the green and black also pass as first after defeating Unicaja, who arrived on the third day also with a 2-0 balance. The trident formed by Javi Rodríguez (17 points), Iker Montero (12) and Miguel Allen (10) made Pablo Tamba’s good game sterile.

3. The triumph of the ‘modest’. Of the last four groups, four teams have qualified that are not usually in the fight for the title, but have left great sensations. A very complete Iveco Real Valladolid, which ended with a 3-0 balance; an Obradoiro Peleteiro who has suffered to win the Residencia Basket SACC; a Jaime Pérez CB Andújar winner of the reduced Group G; and a Piélagos A that puts a representative of Cantabrian basketball in the final rounds.

1. The Spar Gran Canaria reaches the eighth imposing its law. 74, 93 and 102 points. Those are the records of the Canarian team in the Huelva tournament. Spectacular performance today against Basketball Torrelodones with a figure above the rest. Carla Brito, who finished with 29 points, 14 rebounds and 5 assists.

2. The high level of Group D participants. It has been the group of death in Huelva. He finished with Barça in first position, Unicaja second and Movistar Estudiantes third, but either of them will be a fearsome rival in the round of 16. The Blaugranas have beaten (60-47) the schoolboys in a great show of women’s basketball.

3. Picken Claret gets into tight Group H. With the withdrawal of Liberbank Oviedo, Group H is smaller, but it has become one of the most even. The classification has been decided in a triple tie in favor of the Valencian women, who have lost six points against the Parque Príncipe Dental Clinic, but the +10 against ISE CB Almería on the first day has been key. Sweet defeat to finish the first phase. 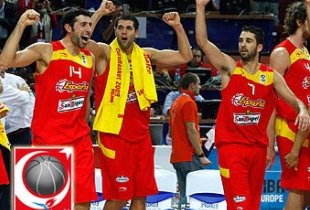 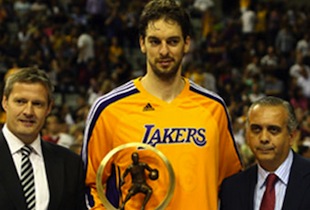