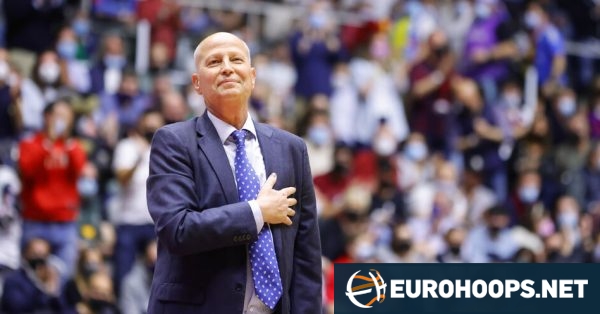 Javier Imbroda, a successful head coach at the club and international level and in recent years serving as the Minister of Education of the Andalusian Government, died Saturday afternoon from cancer, as confirmed by multiple Spanish outlets Sunday morning.

A moment of silence will be held in all ACB games this Sunday, the Spanish League announced.

He was diagnosed with prostate cancer in 2016.

During his coaching career, he worked as an assistant for Lithuania under Vladas Garastas through the 1992 Olympic Games. Powered by superstar Arvydas Sabonis, Lithuania landed third place and bronze medals in the first appearance in a major international tournament after regaining independence. Shifting to Spain and capturing a silver medal in the 1999 EuroBasket with head coach Lolo Sainz, he later became the Spain selector.

His head coaching stint included La Rojas securing the bronze medal in the 2001 EuroBasket and the famous win against Team USA to end up fifth in the 2002 World Cup standings. The two major FIBA tournaments marked the introduction of Pau Gasol to the international level. Juan Carlos Navarro, Felipe Reyes, Ignacio Rodriguez, Carlos Jimenez, Jose Calderon, and Jorge Garbajosa were among other players of the 2001 and 2002 national team squads.

At the club level, taking over Mayoral Maristas, Unicaja, Caja San Fernando, Real Madrid, Valladolid and Menorca, stretched his career in Spain’s top-flight division to 17 years. Logging 605 matches rank him sixth in the all-time list of head coaches with the most games in the ACB behind Aito Garcia Reneses, Pedro Martinez, Manel Comas, Luis Casimiro, and Salva Maldonado.

The post Javier Imbroda dies at 61 appeared first on .

Jasikevicius shoots with a bullet: “His thing would be to talk to Marc G …

Julio Lamas: “It was a privilege to coach Real Madrid, it’s…