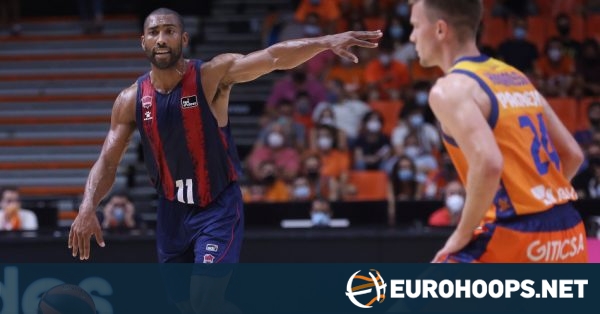 Baskonia guard Jayson Granger won November MVP in the Spanish ACB League. It’s the first time the Uruguayan guard claims the award after 316 games over a stint of 11 years in the Spanish championship.

Granger averaged 20.7 points (shooting 58 percent on 3-pointers) 5.7 assists for a PIR of 25.0 in wins over Unicaja Malaga and Andorra and a loss to Gran Canaria. He had 14-22 triples in the two victories and registered season-high 25 points vs. Andorra.

Granger returned to Baskonia this summer after spending the previous season with ALBA Berlin. The Uruguayan guard has been posting 12.7 points and 5.1 assists over 25:52 minutes in ACB.

Pau Gasol, before the Endesa League final: “At this point …

The Casademont Zaragoza de Ponsarnau starts with strength and som …