Jorge Lafuente, the authentic "all around player" d…

It was the 2016/17 season when the Acunsa Gipuzkoa Basket managed to become champion of the LEB Gold League with one of the most modest templates of those who had opted for such an ambitious goal. An authentic feat conquered with several men from the land in their ranks and that, for their technician Porfi Fisachad an explanation: having been able to count on the presence in its ranks of several “all-around players”.

A term more common in large-scale competitions, but which seems to have become fashionable since then in a LEB Gold in which one of the main representatives of this philosophy has been found this year in one of the most humble teams in the category. And his name has been none other than that of a Jorge Lafuente who has completed a whole decade defending the colors of the Levitec Huesca The Magic of his city.

One of those team man who has been able to reach this course your best version in the competition and that he has done it from that point of view that leads a player to carry out his tasks without giving the slightest thought to statistics. Because only in this way can it be understood that the Huesca eaves has been the 22nd most valued player of the Regular League without becoming a specialist in any of the statistical sections.

All this after a season in which the numbers speak for themselves and in which no other player has played more minutes than him with an average of 33.09 per game. More than enough time to be able to stand out not only from his natural position at three, but also in the border posts from which he has been gaining weight in aspects such as assistance, ball recoveries and even rebounding.

In this way, Lafuente has finished the course as one of the most outstanding men in terms of game and contribution, always putting intangibles before the always cold statistics.

With this, his figure has stood out greatly in the ranks of a team in which he has been whole hearted and which he has led for a whole decade.

Jorge Lafuente: “I have always liked being important to the group”

He came to the team’s discipline at the beginning of the last decade and did so as the 12th player on a roster in which he had just one minute per game in which to help as much as possible. Today, 12 years later, his playing time has increased to the point of being able to spend practically on the bench in a testimonial way in each match, but what has not changed one iota is his competitive appetite on the pitch.

This is recognized by Jorge Lafuente himself who considers that this last season has been key to the sporting maturity of this forward from Huesca: “I think it has been a year in which the circumstances and the difficulties that the team has gone through have allowed me to grow and be a little better as a player than I could have been the previous season. There have been times when I have had You have to play a little of everything and that ends up making you a much more complete player. In the end, when you have the opportunity to play two, you achieve a broader vision and you are able to spread the game while, when you have the option to do it to four, you become stronger and learn to fight more and better for the rebound. It may sound like a cliché, but having minutes and being able to play in more positions ends up becoming a much more generous player and that at times He takes fewer shots than he should in order to contribute to the growth of his teammates and the team.”.

Because Jorge has never cared what the numbers said if, in return, his efforts could be enough for his team to end up achieving victory: “In the end, basketball is a team game. Obviously there are some individual roles that can lead you to stand out more or less, but I have always liked being able to help my teams within that role of “all-rounder” With which you end up being important for the team. I have never cared about having to give up my personal statistics to be able to defend the good team from the other team, to use myself fully in defense, generate play from behind, go on the rebound… I am very happy with how I have been able to work this year, with how I have helped to make up for the losses and because all of this has translated into playing minutes with which I have enjoyed the season regardless of the results”. 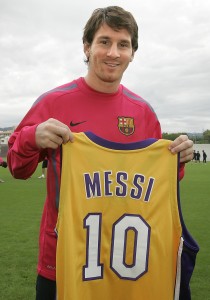 Covirán Granada and Bàsquet Girona premiered their honors at…