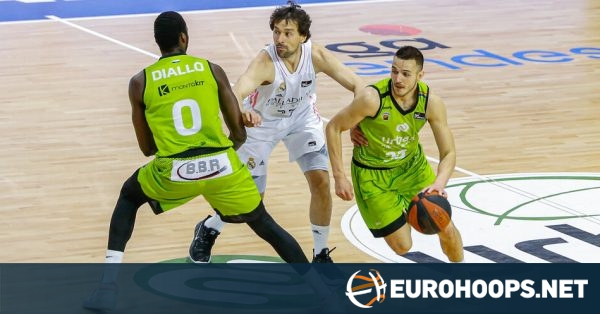 After a short stint with Urbas Fuenlabrada, Jovan Novak will return to Mega Soccerbet to help out the team in the Serbian League playoffs, per Chema de Lucas.

The Spanish club announced that the player has asked to return to Serbia before the last game of the season and Fuenlabrada granted the request.

Novak started the 2020-21 season in Mega’s jersey but joined Fuenlabrada mid-season, in early January. Over 17 games in the Spanish League, the 26-year-old guard averaged 7.7 points on 39% from deep, 3.9 assists, and 1.9 rebounds.

The guard started his career in Serbia but also played for a couple of teams in Poland and Germany over recent years. Last season, he played for Mitteldeutscher and led the German league in assists with 8.9 per game.

The post Jovan Novak returning to Mega from Spain appeared first on .

The humility of Pau Gasol after signing his best match with …