Joventut in the ACB semifinals with Ricky Rubio courtside 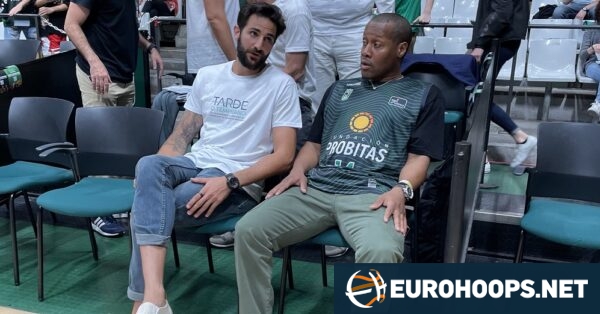 Between 2005 and 2009 Ricky Rubio was a teenage phenomenon for Joventut Badalona and with him on the gym once again, things proved to be quite easy.

This time the Spanish NBA star was sitting courtside together with another former Joventut player Demond Mallet, and Rubio’s former teammate, Pau Ribas, was on the court as Joventut qualified for the Spanish Liga Endesa Semifinals by beating Lenovo Tenerife 81-58 in Game 3.

Joventut Badalona will face their cross town rivals Barcelona in the semis, where they return for the first time since 2007.

Things were easy for Joventut Badalona with Tenerife scoring just five points in the first period and trailing by 16 at halftime (38-22). The guests who had already a successful campaign after winning the Basketball Champions League simply didn’t have the energy, or the motivation to extend their season in their domestic league.

Joventut led even by 26 points (74-48) in the third, Ante Tomic led all scorers with 17 points and 11 rebounds, while Andres Feliz and Guillem Vives added 16 points each.

Tenerife finished the game with 9/34 threes and Sasu Salin with 13 points was their top scorer.

Real Madrid will face Baskonia in the other semifinal couple.

The post Joventut in the ACB semifinals with Ricky Rubio courtside appeared first on .

Sanli tests positive for covid-19 and will miss three games…