Final stretch of the season in the EBA League and two performances that go to 38 PIR points to share the weekly MVP award. Marcus Latham is one of the most decisive Americans in the competition and last Saturday he signed one of the most outstanding games of the season with 35 points, including 9 triples from 14 attempts. The victory was the 19th for his team, the 10th in a row and confirms Torrens Vicens L’Hospitalet as leader of Group C-2.

Latham shares the MVP with Omaru Toure, the center of CB Vic Universitat de Vic. Toure had 18 points, 22 rebounds, 3 assists, 3 blocks, one recovery and 6 fouls received, for a PIR of 38 points. The Catalan center of Gambian origin averages 8.2 points and 10.9 rebounds per game. 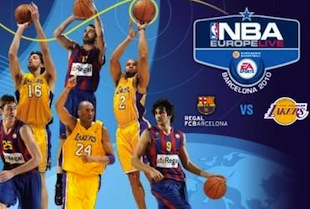