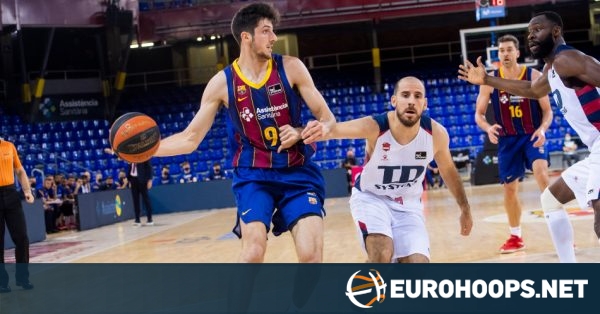 Barcelona got an 87-74 home win against TD Systems Baskonia with Leandro Bolmaro taking on most responsibility during his 25 minutes on the floor.

On Baskonia’s roster, Rokas Giedraitis had 14 in addition to Pierria Henry’s 13 and Tadas Sedekerskis’s 12 points.

Meanwhile, Giorgi Shermadini scored 20 to lead Lenovo Tenerife past Casademont Zaragoza in the clash of two Basketball Champions League teams. Tenerife was actually quite convincing with a 91-60 road win.

Real Madrid blows out Baskonia on the road

Yabusele and Hanga save Real Madrid’s second place in …