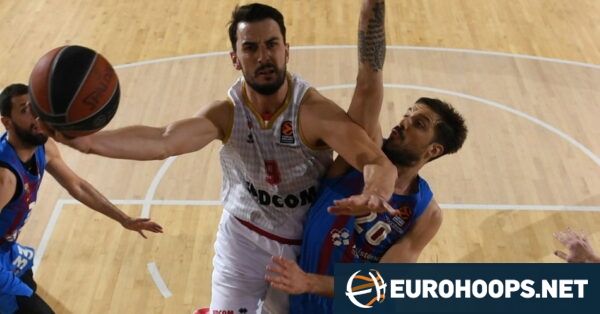 Monbus Obradoiro secured the services of Leo Westermann for the next season, the team announced Friday.

Westermann, 30, penning a one-year contract with the Galicia outfit will miss Turkish Airlines EuroLeague action for the first time since debuting in Europe’s premier club continental competition during the 2012-13 season. He since logged 176 games played split between AS Monaco, FC Barcelona, Fenerbahce Beko, Zalgiris, CSKA, Limoges CSP, and Partizan mt:s/NIS.

The French point guard spent the previous season at Monaco. He tallied 4.8 points, 2.5 assists, 1.5 rebounds, 0.3 steals, and 0.1 blocks per contest as La Roca Team reached the EuroLeague Playoffs. Helping his side make it to the 2022 Finals of France’s Betclic Elite LNB Pro A, he averaged 4.9 points, 3.4 assists, 2.0 rebounds, and 0.6 steals per game.

Back in Spain’s Liga Endesa following the 2020-21 spell at Barca, Westermann is determined to power up Obradoiro with his experience and playing abilities. As Barcelona claimed the 19th league championship in team history, he was crowned ACB champion.

LDLC ASVEL Lyon-Villeurbanne became his first team at the professional level in 2010. A couple of years later, Partizan coming in lifted him up to the EuroLeague level and in turn enjoyed a productive contribution. Back in France and to Limoges from 2014 to 2016, and then one-year stints at Zalgiris and CSKA and back to Zalgiris. He joined Fener in 2019 and Barcelona midway through the 2020-21 season before signing a one-year contract with Monaco last summer.

The post Leo Westermann finds a new home at Obradoiro appeared first on .

The Nzosa conundrum: from possible top 3 to being able to stay out of…