Leslie Knight, medical leave due to pregnancy at Movistar Estud…

Leslie Knight’s last game this season will be on Saturday, January 29 at the Movistar Academy Magariños against IDK Gipuzkoa. This was communicated by the co-captain of Movistar Estudiantes to both her teammates and the club.

The reason: her medical leave begins to practice professional sports due to pregnancy. A right that she has like any other working woman and that we at Movistar Estudiantes support unconditionally.

After the historic 2020-21 season, in which Movistar Estudiantes’ women in black came fifth in the Endesa Women’s League and Leslie Knight was one of the most outstanding players, it was time to negotiate the contracts for the new season.

Although she didn’t have to, during the negotiations Leslie explained her intention to be a mother, showing once again that she is a player who always comes out on top. Even so, Movistar Estudiantes wanted to have her for the 2021-22 season, and her renewal was announced in July.

It was a decision made by the sports management, headed by Alberto Ortego, with the support from the outset of the president of the club, Dr. Miguel Ángel Bufalá, the director responsible for women’s, Marta Sagi-Vela and the president of SAD and the Foundation, Fernando Galindo.

Now that it is public, from Movistar Estudiantes we want to show our joy at this great news for a player as special as Leslie Knight and reiterate that we make the club’s means and infrastructure available to her for whatever is necessary.

We also want to communicate that Leslie will continue to be with the team as long as possible, although it will not be as a professional player. 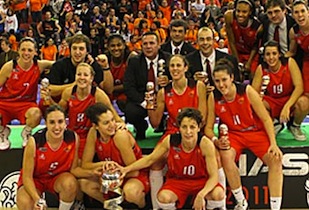 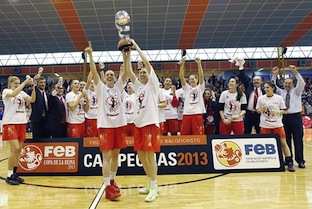 The intrahistory of four qualifiers for the pass to semi…