Marc Gasol, 2019 NBA champion with the Toronto Raptors, is close to returning home, as published L’Esportiu. The Catalan newspaper reports on the negotiations between the player and Memphis Grizzlies, a team that he came to after being traded by the Lakers. The announcement could be made during the day tomorrow, Monday and the player himself will be in charge of doing it.

Yesterday it was Jasikevicius who was joking with a hypothetical arrival of Marc to Barcelona to make up for the loss of Turkish Sanli. Although some rumors pointed to a final goodbye to basketball, everything indicates that the little one of the Gasol brothers will play in the ranks of Bàsquet Girona, a team he founded in 2014 and of which he is also president.

So Marc will end a successful stage in the NBA in which he has gone through the Memphis, Raptors and Lakers. Now 36 years old and full of experience after his 13 seasons In the North American league, Gasol will face a new stage in the whole of the LEB Gold and will try to help your club move up to the Endesa League. 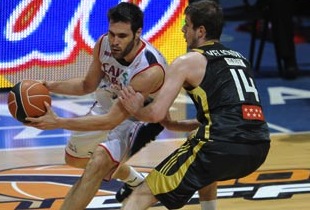