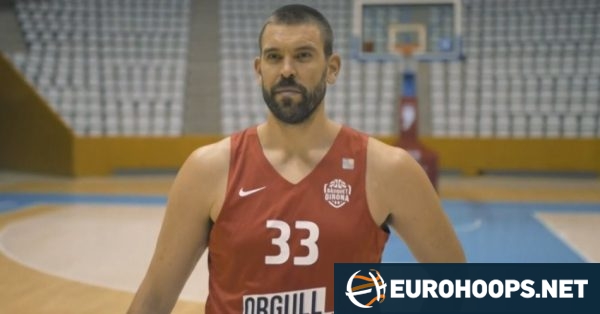 Gasol, 36, team owner and founder, expands his role into the playing squad. He confirmed his decision at Fontajau, home of the LEB Oro team.

He was determined to extend his career following the conclusion of the lengthy and successful NBA run. Despite being linked to a potential return to FC Barcelona by former captain and current team manager of the Turkish Airlines EuroLeague and ACB powerhouse, Juan Carlos Navarro, he opted to join Girona in Spain’s second division.

The experienced center previously retired from the Spain national team along with his brother, Pau. His brother later announced his retirement from professional basketball in general.

His new team, based in Catalonia, has been struggling in the top end of the 2021-22 season of LEB Oro, Spain’s second division. A 2-0 start was followed by seven losses in a row. Gasol coming in as a player is likely to provide a major boost moving forward.

Early in his professional career, between 2016 and 2018, he had actually played for CB Girona, an earlier version of the city’s team. The current team he founded in 2014 was promoted to LEB Oro in 2020.

Gasol was selected with the 48th overall pick of the 2007 NBA draft, at the midway point of his initial stint at Girona, after three seasons at Barca. He went on to play in 11 NBA seasons with the Memphis Grizzlies, before moving to the Toronto Raptors and winning the NBA championship, and from there to the Los Angeles Lakers in 2020-21. He appeared in 990 NBA games, including 99 Playoffs contests.

Carlo Ancelotti enters a list of defaulters from which he leaves …