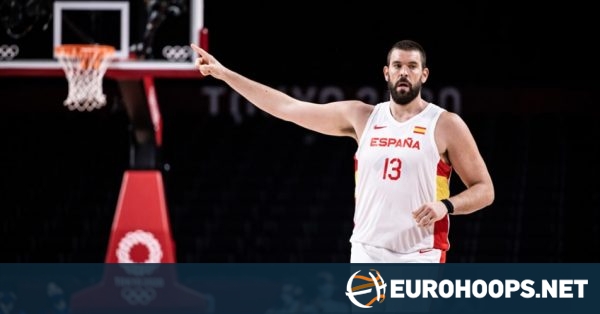 Marc Gasol has been waived by the Memphis Grizzlies back in September and while it has been evident that his career will continue in Europe, the Spanish center hadn’t decided on his future for the past two months.

According to numerous Spanish media reports, that has finally changed and the younger of the Gasol brothers has decided on joining Girona for the rest of the season. He is expected to debut on December 3. However, there are already reports about the opposite, insisting that Marc Gasol has not yet reached a final decision.

Gasol is also the owner and the president of Girona which competes in the second Spanish basketball division. Barcelona was also interested in bringing him over, as Juan Carlos Navarro confirmed.

Since 2008 Gasol was playing in the NBA, where he wore the Memphis Grizzlies, Toronto Raptors, and Los Angeles Lakers jerseys. The Spanish forward became an NBA champion with the Raptors in 2019.

Last season, Gasol spent with the Lakers, where he averaged 5 points, 4.1 rebounds, and 2.1 assists in 52 games.

Laso, a legend on the wire